Where do I start? So much to share about...Croatia!

For those of you who follow my blogs and Facebook group “Wine Lovers who Love to Travel,” you know I just returned from two weeks split between Slovenia and Croatia.

There’s so much I want to share with you about each country that it will take several blogs. Let’s begin with Croatia. Extending north to south along the Adriatic with an eastern interior that borders Hungary and Serbia, Croatia offers something for every interest.

With dozens of islands just off its Adriatic beaches, Croatia is a water-lover’s paradise in the warm summer months. Boats of all sizes, from large catamarans ferrying hundreds of people from island to island to luxury yachts to little dinghies ply the sapphire water, inviting you to swim, jet-ski, or go fishing. On the interior are mountains of all sizes, from rolling hills to majestic peaks, offering every sort of nature activity. The cities and towns each have their own charm, whether you are in the capital of Zagreb in the north to historic walled Dubrovnik on the southern tip. Every local guide I met expressed great pride in their country and was anxious to share its very unique history, all of which contributes to the present-day culture of Croatia.

To summarize briefly, Croatia (or Hrvatska in Croatian—which is why their URL’s end in “hr” in case you were wondering), was controlled by other countries from 1102 all the way until 1992. That’s 890 years!. First, it was the Venetians, then briefly the Ottomans, followed by Hungary and Austria, which accounts for all the influences in architecture, culture, and food. Following the end of World War I in 1918, a new country of Yugoslavia was born, and Croatia became a province of the Yugoslavia, along with Slovenia, Serbia, Bosnia, and Herzegovina. From the end of World War II until 1980, Croatia was a republic of Yugoslavia under the leadership of Tito, and it became a socialist region. Almost every guide I met told me their parents and grandparents grew up under Tito and it was a happy time. Nobody got rich, but everyone had a job, guaranteed free healthcare, dental care and education, plus secure pensions (which sometimes exceeded their paychecks.) There was also free trade and freedom to travel, so these were good times according to my guides, relative to the chaotic and punitive past.

When Tito died in 1980, Yugoslavia began crumbling due to great internal dissent between all the various factions. By 1992, war dismantled Yugoslavia into many countries, including Croatia. Today, it is an independent republic with about 4 million people, all of whom are delighted for visitors to return. This is obviously an extremely brief history, but it will help you to contextualize all that you see and do when you visit.

During the Thirty-Years War of the 17th Century, King Louis XIII of France noticed that Croatian soldiers wore pieces of silk around their necks. This was because the soldiers’ wives and girlfriends tied them on their men as a symbol to remain faithful. Like many French who are fashion-forward, Louis loved this look and it became de rigeur among chic French men. The ties became known as “cravats,” which is derived from Croat, which is what the French called the Croatians. A great souvenir to bring home!

My visit started in Zagreb, which as I mentioned, is the capital city. A city of wide boulevards and hilly cobblestone streets, its charm is mostly in the customs. For example, there are over 240 gas streetlamps still lighting a large area of Upper Grad (town), which are lit manually every sundown and extinguished each morning at sunrise. There is a crew of lamplighters who work for the city and take care of this task 24/7/365. 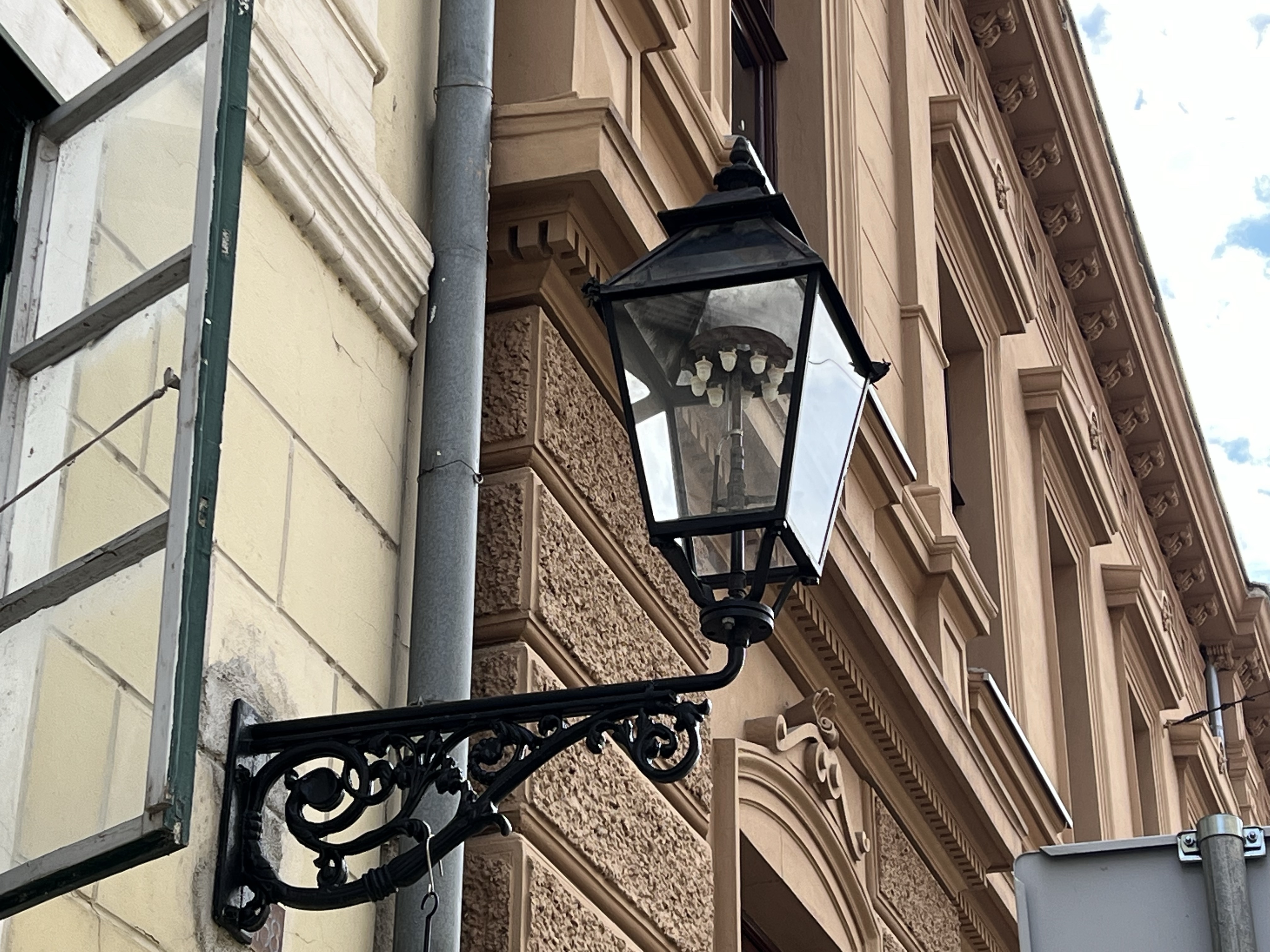 There are museums for everything. My favorite is the Museum of Broken Relationships, which displays remnants of “gifts” people gave to each other when they broke up. The most delicious is the Chocolate Museum. Your entry ticket buys you a small box of chocolate treats to consume as you walk through the appropriately marked exhibits. There’s also the Mushroom Museum and the Museum of Torture. Something for everyone! 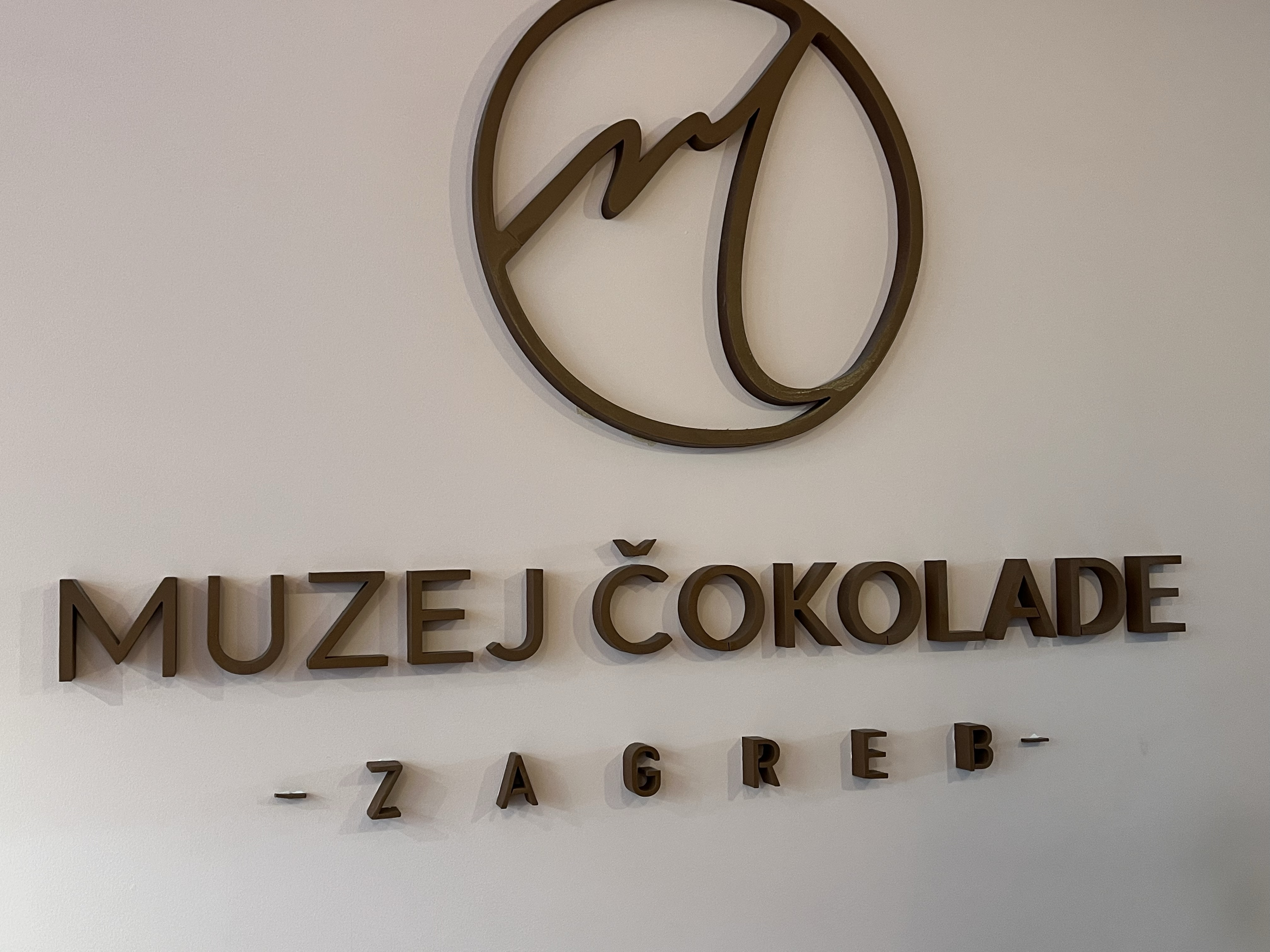 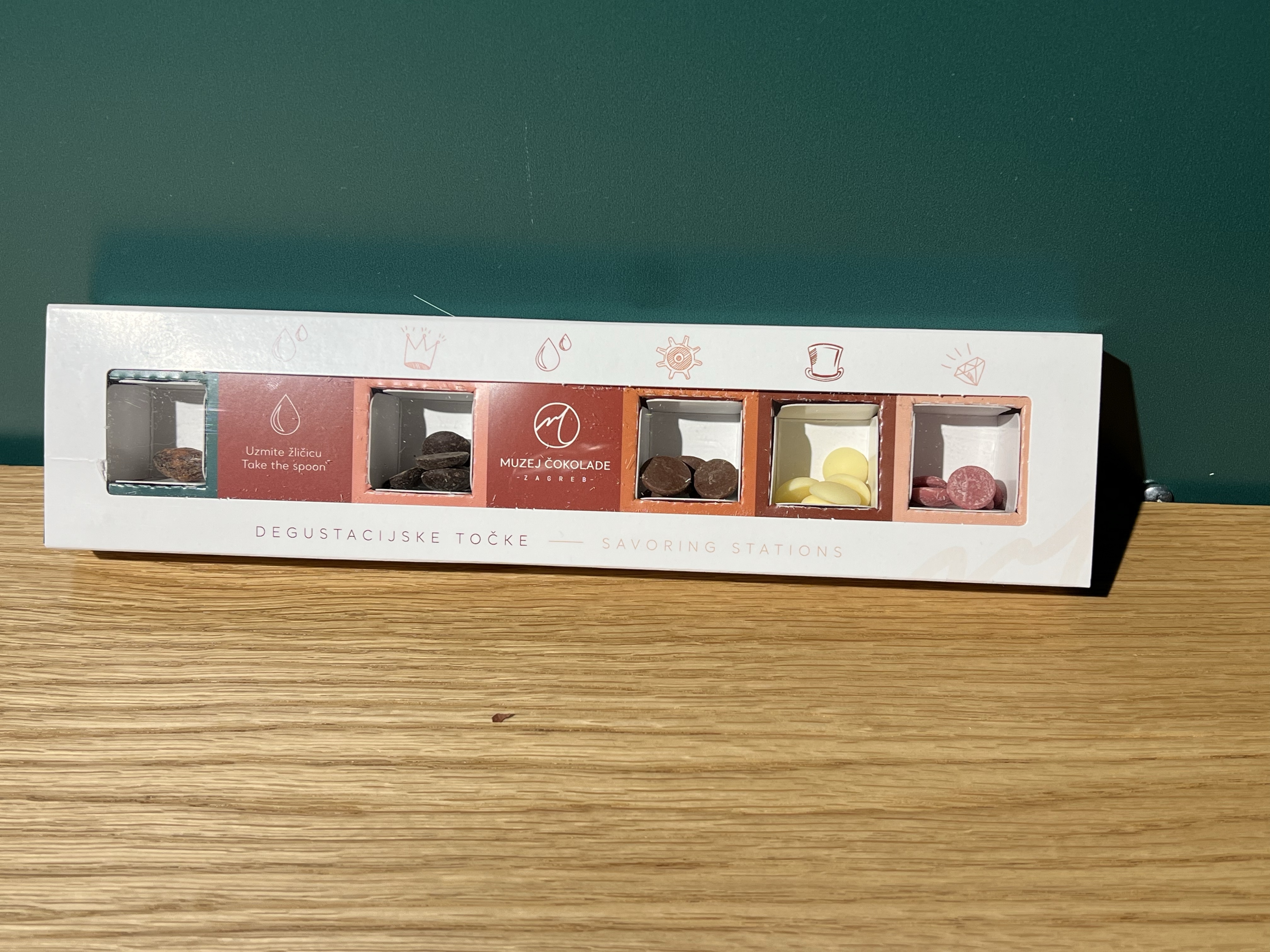 While Zagreb is not a wine region, it is home to Bornstein’s Wine Bar, the city’s oldest. Owned by an Australian who hails from Adelaide in the heart of Australia’s wine region, it is a museum of wine. Owner Ivan Srpec, who is of Croatian heritage, was a wine distributor who sold to Bornstein’s. Eight years ago, when the previous owner wanted to retire, he asked Ivan if he wanted to purchase the bar and carry on the tradition. Ivan is quite the showman and hearing him switch from telling us about the wines in a thick Aussie accent to seamlessly speaking in Croatian to local guests, was great fun. 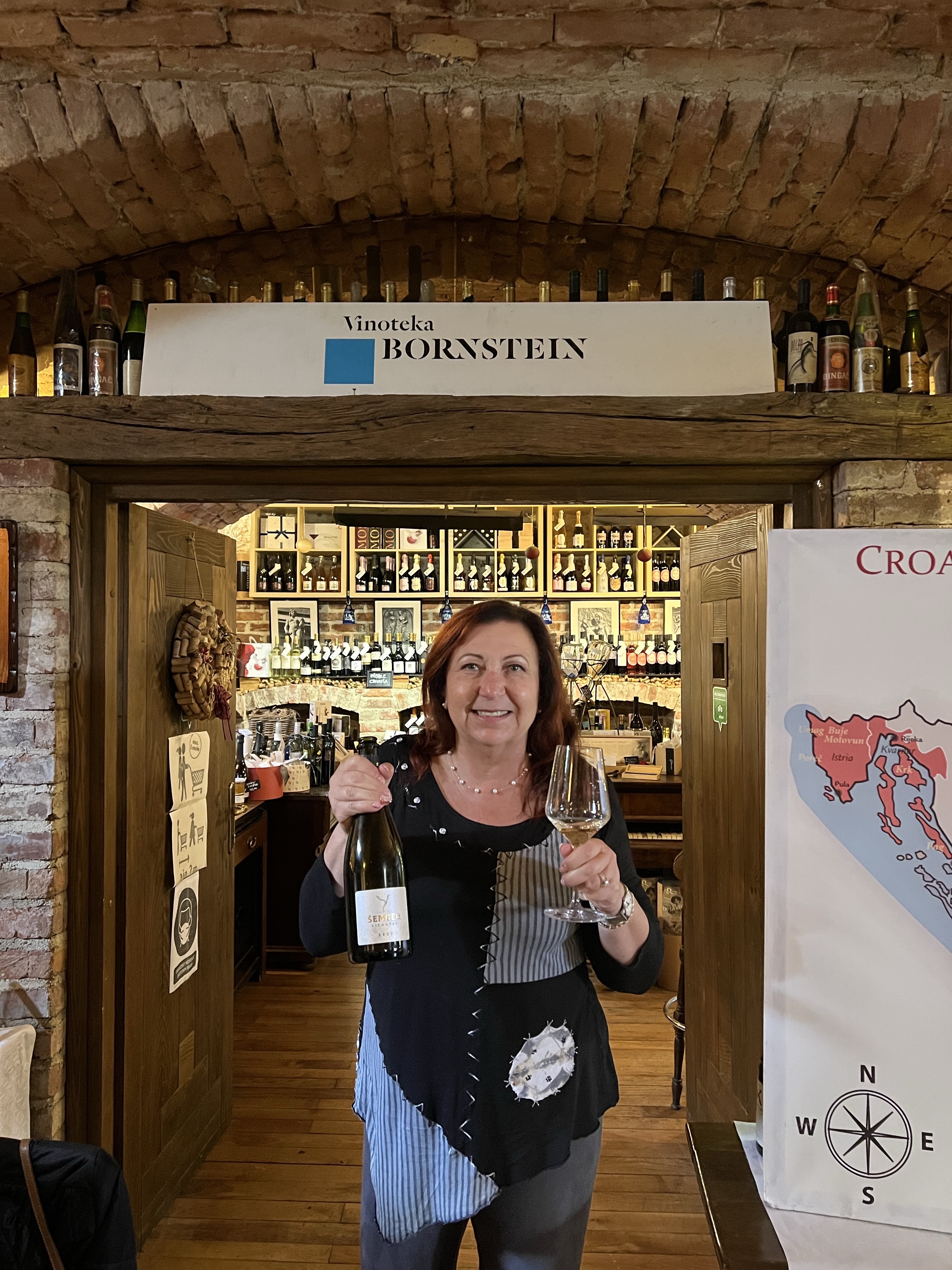 My journey in Croatia took me next to its most iconic site, Plitvice Lake. Actually, a series of 7 lakes that flow into each other, the majesty of the waterfalls—the largest is call Big Waterfall (not kidding!)—is breathtaking. No other way to describe it. There are a series of hiking trails, well-marked, and we had the luxury of a guide to point out key sites, such as secret caves and schools of fish swimming right up to the footpaths. Interestingly, the lakes are protected so that no swimming or fishing is allowed…and yet, smoking IS permitted. Not that I saw any smokers, but odd to smoke while you’re hiking! 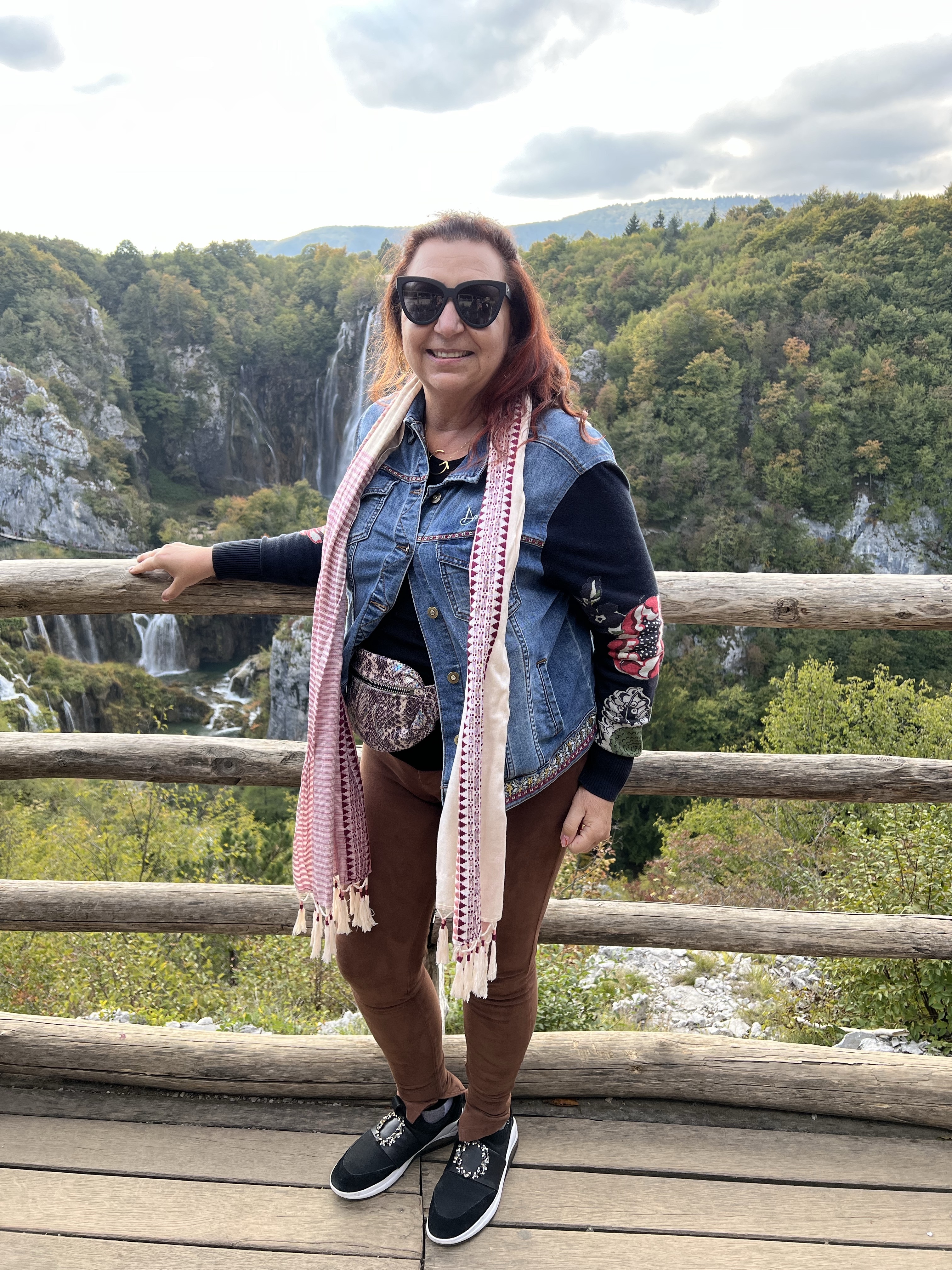 A must-do is having lunch or dinner at Lĭcka Kuća just outside the park, where we had a very authentic dinner of meats prepared on an open fireplace under an iron cover. Hearty and delicious, particularly after a long, gorgeous but somewhat strenuous hike. 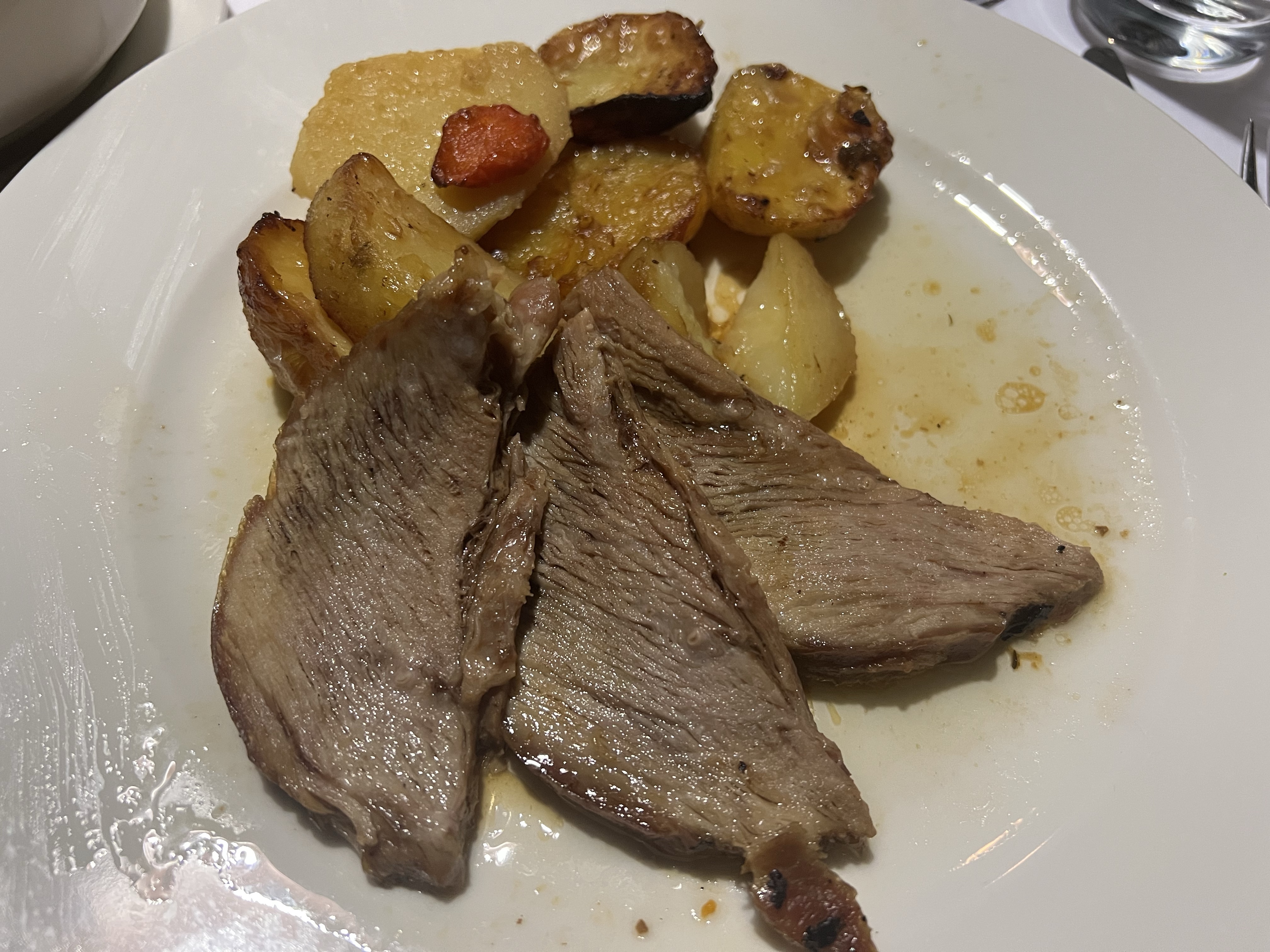 Zadar is a pretty port city best known for cherry liqueur, the Pillar of Shame and its Sea Organ. The famed liqueur called Maraschino is made by Maraska distillery, which used to be right on the water. The Maraska sign is still on the sea front building, but the plant moved inland. Rumor has it that the original building is being transformed into a 5-star hotel, perhaps a Four Seasons.

There must be something connecting torment with Croatian cities that start with the letter “Z.” Just like Zagreb has its Museum of Torture, Zadar has its Pillar of Shame, which is still standing at 2,000 years old. Although it was simply a decorative architectural element when it was constructed in ancient times, it became an instrument of torture all the way from the medieval period through the 19th century. When a resident was determined to have committed an infraction that was serious, but not enough to execute them, they were chained to the pillar anywhere from 4 hours to 3 days, for everyone to jeer at and worse. Amazing it has survived all the suffering it inflicted.

The happiest draw in Zadar is the Sea Organ. What, you ask, is a Sea Organ? After Alfred Hitchcock visited Zadar and proclaimed it had the best sunset in the world (even better than Key West or the California Coast), Croatian architect Nikola Bašić decided to take it up a notch. In 2005, he built a series of marble steps going down into the sea, with 35 pipes drilled into them, ending in strategically placed vents in the adjoining boardwalk. The waves push water into the pipes, forcing air out of the vents and creating eerie music—appropriate for a Hitchcock film. Take a listen!

Next stop was the adorable town of Šibenik, best known as the Bravos on Game of Thrones. This is an ancient town, with a fortress that dates back to the 10th century. It is also one of the most cultural cities in Croatia, with 27 churches, 4 fortresses and 2 UNESCO Heritage sites. No, I did not visit all of them, but I was enchanted by how the people have combined the old with the new, such as the public library building. But the most endearing place in town is Calle Larga, which was known as “Fat Street” because it is lined with restaurants! How can you not love a place that makes fun of itself?

Now I have to Split! More on that in next blog.