5 Regions to Visit for the Best Food In Italy

The first thing that comes to mind for most travelers to Italy is: “where do I find the best and most authentic Italian food?”

Hopefully, you’ve discovered the CNN series on Italy hosted by actor and first-generation American Stanley Tucci. The series showed us that Italy is very diverse for such a small country. There are wonders to be found in the most famous Italian regions, but there are also special treasures to be uncovered in lesser-known regions as well. Italian food and wine are considered some of the best in the world.

I’ve had the pleasure of meeting native Italian travel experts who live throughout Italy. Since Italy is one of my favorite places to visit, I’ve made multiple trips and made friends with locals. I have a wealth of knowledge about lesser-known Italian regions that you will want to visit on your next trip to Italy.

There are 20 regions in Italy to explore and taste their unique regional food and wines. Our first 5 on the list are my favorites! (Who am I kidding? They are all my favorites for different reasons.)

If you know this region at all, it’s probably because you know about famous culinary delights. Food from this Northern Italy region include such delights as Parmigiano-Reggiano cheese, meat-rich Pasta Bolognese, and Balsamic vinegar. 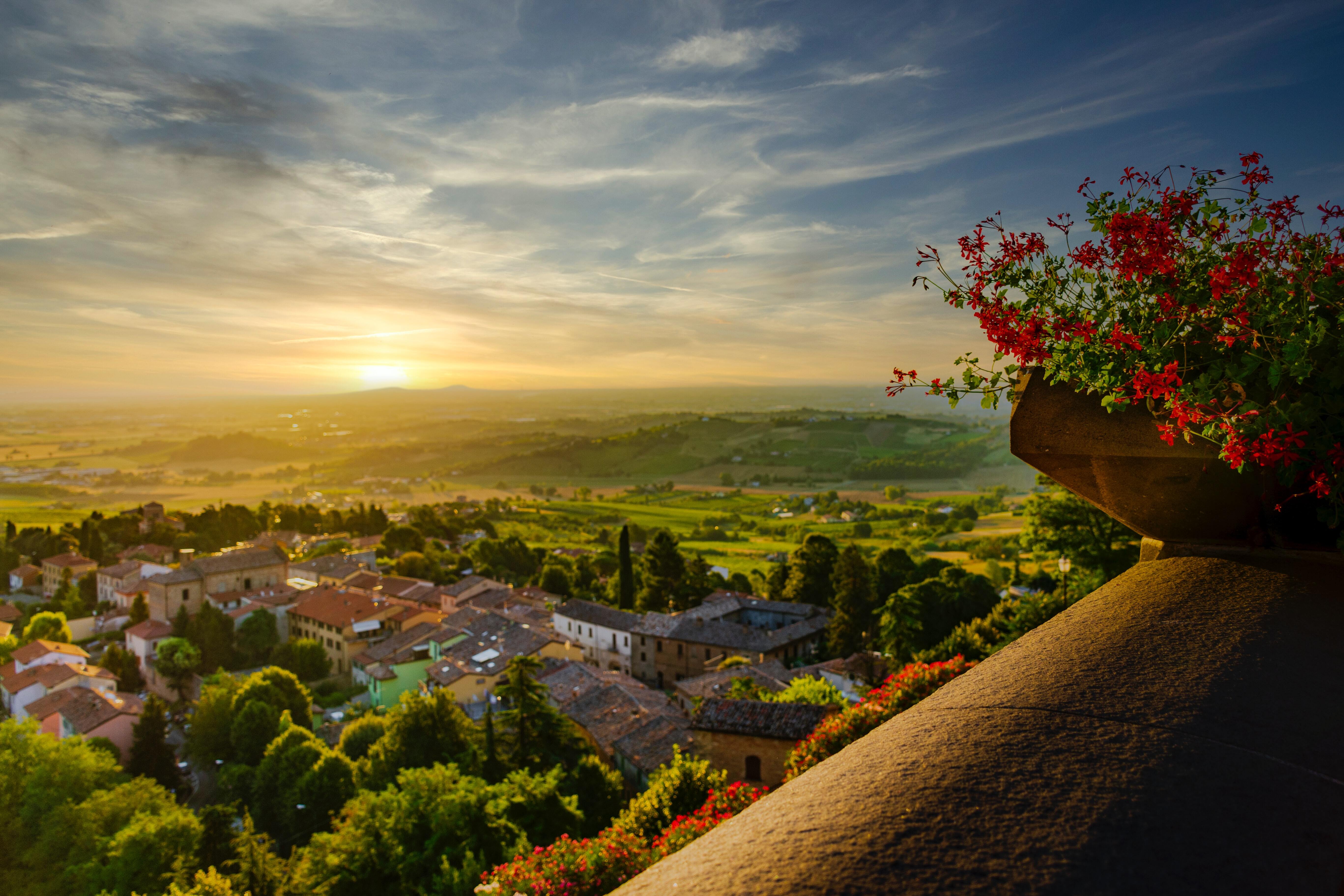 Emilia-Romagna is called the Food Valley of Italy because it is home to so many gastronomic treats, and wine as well. Have you tasted hand-rolled pastas like tortellini, strozzapreti and garganelli? Hungry for a snack? Piadina, small flatbreads filled with local meats and cheeses, is sold as street food. If you love cold cuts, you will have to make hard choices from the many kinds of pork-based meats, from salami to prosciutto to pancetta.

Emilia-Romagna is Italy’s largest wine producer, second only to Veneto. Ironically, the most famous is the one that causes most Americans to groan. But sparkling red Lambrusco is not the same bubbly that reigned supreme in the US in the ’70s and ’80s. It is semi-frizzante (which means not too bubbly), with a refreshing lightness and not at all sweet. Earthy Sangiovese is widely produced in the region. Malvasia is also produced in this region. It a dry white wine which goes perfectly with the seafood caught on the region’s Adriatic coast.

Emilia Romagna is also home to the world’s most exotic car factories, where you can fantasize about a test drive. We’re talking Ferrari, Lamborghini and Maserati, and Ducati motorcycles too. We can make your driving fantasies come true by arranging private visits and even a test drive of that dream car.

While you are touring around Northern Italy, the towns and scenery may look familiar. That’s because many of Italy’s most famous filmmakers were born here and used their local venues as backdrops for what are now classic films. Before you visit, watch a film by Bernardo Bertolucci, Federico Fellini, or Michelangelo Antonioni, all native sons of Emilia Romagna.

Sicily—a taste of Europe all on one island

Check out Sicily in Southern Italy for a taste of all of Europe. That’s because the Romans, Greeks, Normans, French, Arabs, French and Germans all conquered this strategically located island between Italy and North Africa, starting over 8,000 years ago! And each conquering country left its mark on Sicilian food and wine. Because of so many influences, you get a real taste of Europe on this little island in Southern Italy. 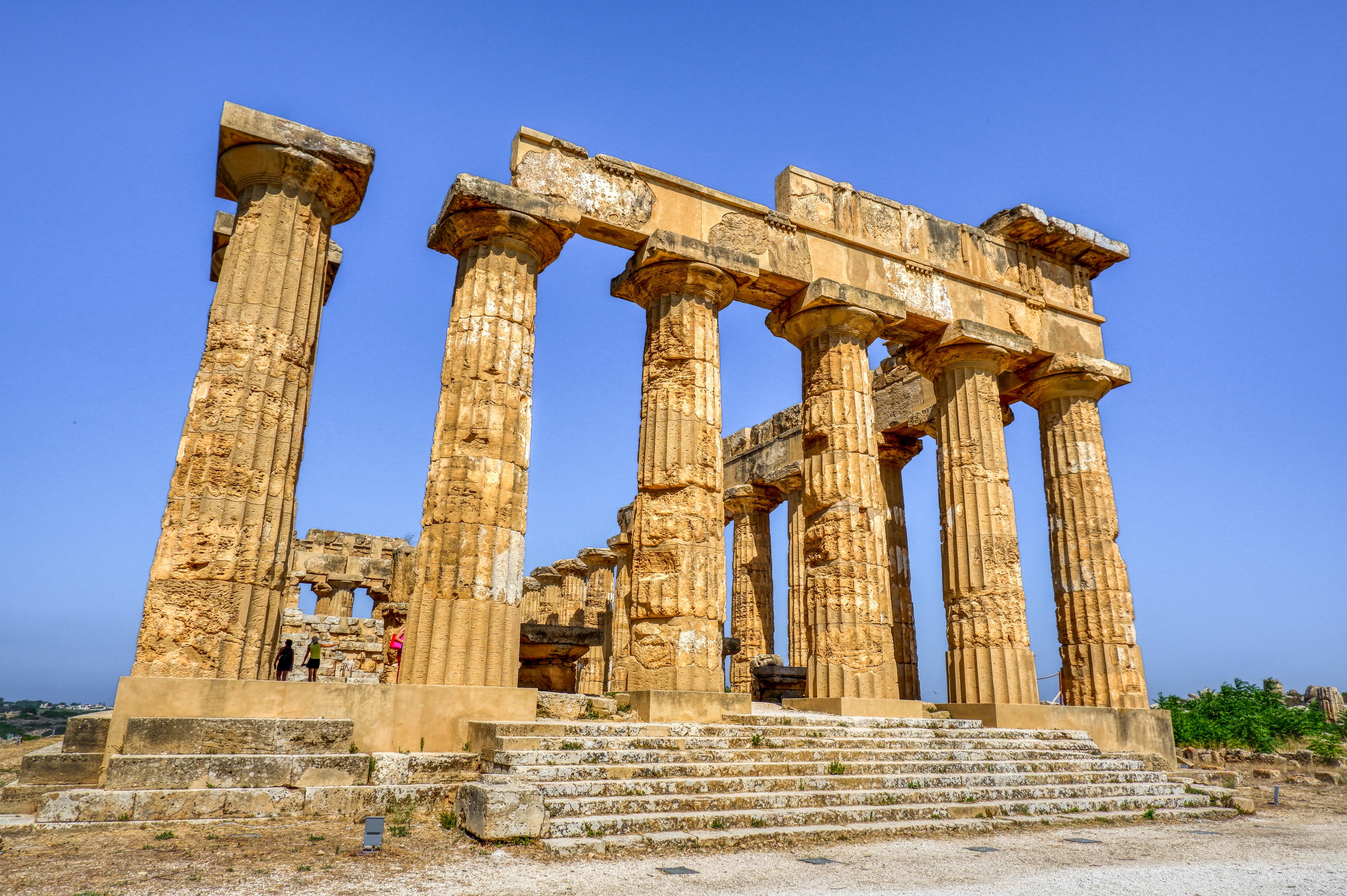 Like couscous? A typical Moroccan dish of tiny pastas smothered with lamb or chicken tagine. However, in western Sicily, it is a bouillabaisse-like seafood stew containing fresh fish caught locally, a result of the Arab influence. Other famous foods of Sicily include spaghetti with sardines, sweets made with pistachios, arancino rice balls, and lots of tomatoes and eggplant-based dishes. All of these dishes have roots in Sicily’s diverse history.

While Sicily is most famous for its fortified Marsala wine, that may be a tad sweet to enjoy with briny fish. Instead, enjoy a mineral-rich white, grown from the volcanic soil on Mount Etna, a major wine region. Arguably Sicily’s most famous wine is Nero d'Avola, which is indigenous to the island. Often blended with Frappato, an aromatic, low-tannin grape, producing a very smooth and drinkable wine.

Basilicata—the secret of Italy, but not for long

Probably Italy’s least known region, this southeast portion of the country delivers on unique experiences and exquisite scenery. Must see is the town of Matera, perched in Sassi, or rock caves, high above the Adriatic. Here you can actually stay in a hotel built into the caves, or at the very least, go to a spa inside the rocks. It is truly a bucket list item. If you want to combine caves with the ocean, the Ionian Islands are a short drive from Basilicata. There you will find deserted beaches to enjoy the Ionian Sea during the frequently sunny days. 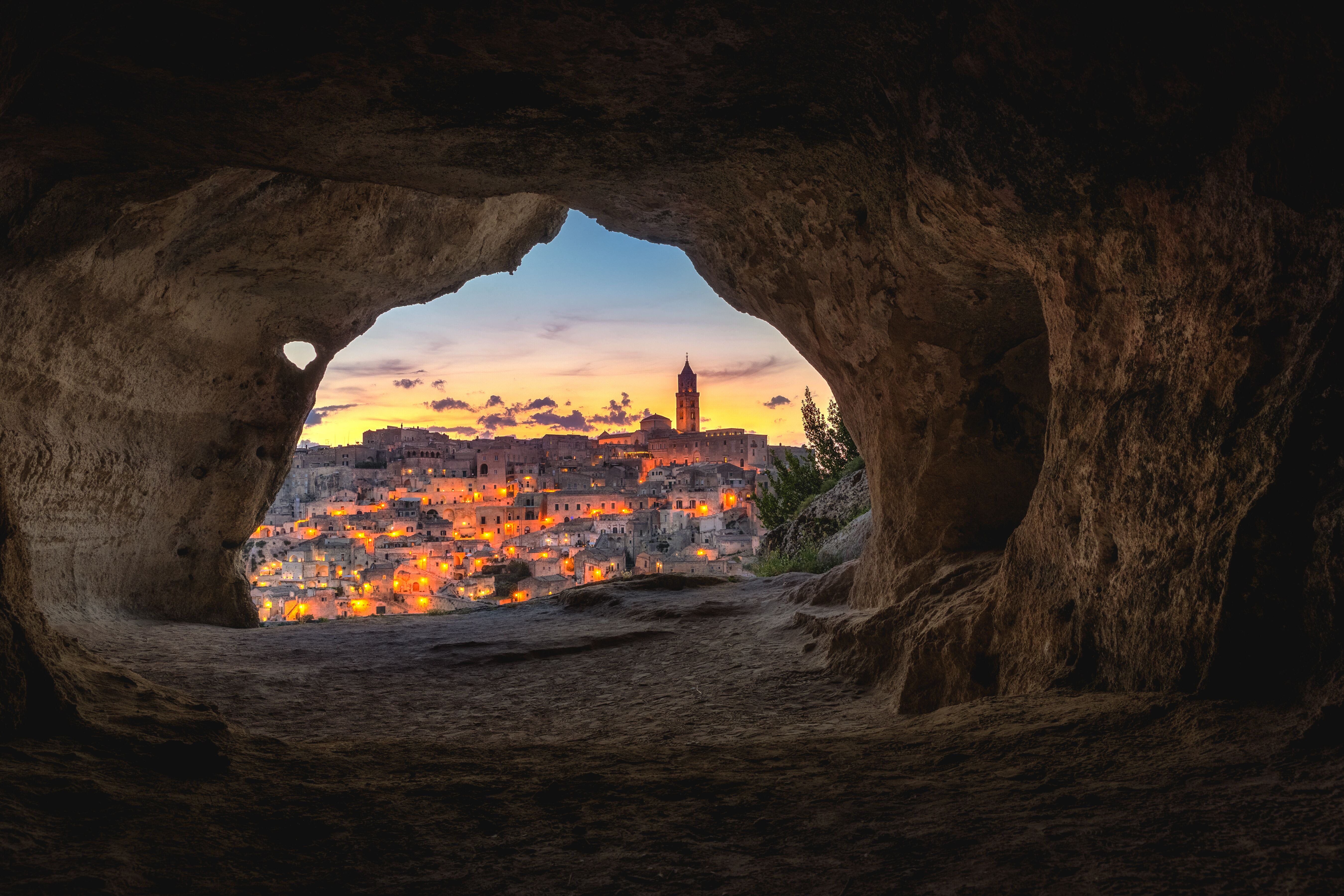 Basilicata has its own food specialties and world-famous wine. Pane di Matera, or Matera bread, is known for its conical shape and fragrant taste. You can take a bread-making class and make your own.

A common way to describe native dishes is “peasant food” made from locally produced ingredients. A perfect example is tumacë me tulë. This pasta dish contains tomato sauce and anchovies, topped with fried breadcrumbs (which are sometimes called “poor man’s truffles”), chopped walnuts, garlic, parsley, and the dried peperone crusco .

Basilicata’s famous wine is Aglianico, known as the “king of red wine.” It is grown on the slopes of the extinct volcano at Mount Vulture. This bold wine tastes of the minerality, which comes from the volcanic soil where it thrives.

To even a semi-serious wine lover, when they hear Piemonte—or Piedmont-- they drool over big, bold, red Barolo and Barbaresco. Yes, this is THAT region, and it offers a lot more. Check out our recent trip to Piemonte. 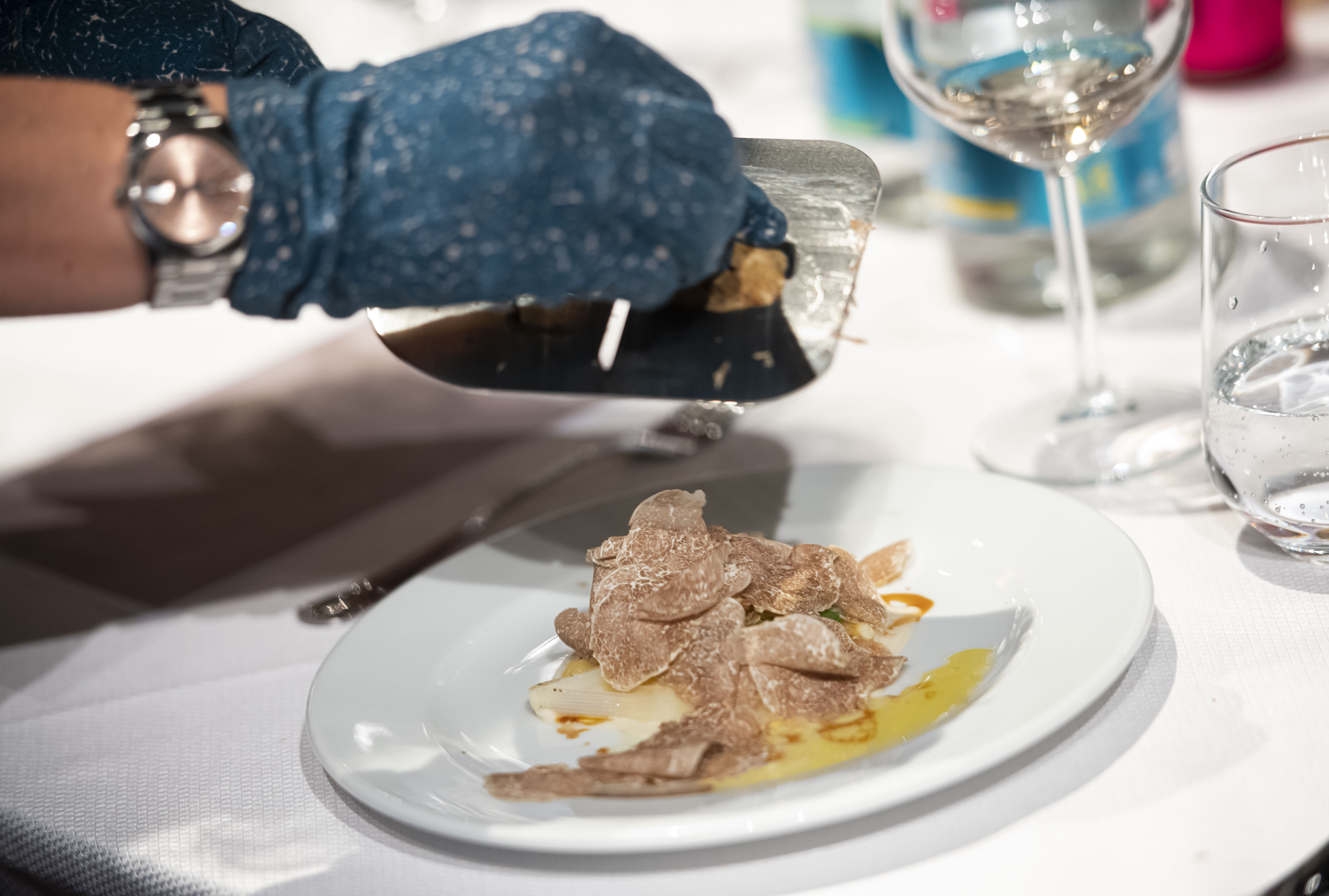 Turin is the regional capital and home to the largest open-air market, which is a definite must-do. Here you can find almost any delicacy you can imagine. So many foods (and beverages in addition to wine) are produced in Piemonte. Lavazza coffee, Nutella, white truffles from Alba, bresaola, the popular air-dried beef and dried risotto started in Piemonte. Opportunities abound for cooking classes, truffle hunting and chocolate-making classes to learn how to craft gianduiotto chocolate, gold foil-wrapped candies native to Turin.

Speaking of gold, Piemonte is also one of four jewelry-making centers of Italy. You’ll find many artisans designing in their studios as well as major producers like Damiani, Bulgari, and Cartier. On a Wine Lover Travel tour we may be able to find you a jewelry-making class…or at least a place to shop for locally produced treasures.

Wine is the big draw in Piemonte, and there are numerous opportunities to visit wineries. At Wine Lovers Travel our specialty is getting you into the premium boutique producers who are not open to the public.

Barolo and Barbaresco are so interesting because they are both derived from the Nebbiolo grape, yet they are very different wines. Barolo is intense and velvety, generally very tannic (which means it ages well), and high in alcohol, unusual for European wines. Barbaresco is lighter and considered more “elegant,” with less tannins so it doesn’t need to age as long.

Let’s take a moment to talk about bubbles. The most well-known is Asti Spumante, which, like Emilia Romagna’s Lambrusco, was quite popular in the US back in the ’70s. Today, you’ll find it light and tasting of stone fruits, and if you want less sparkle, you’ll probably like Moscato d’Asti, made from the same Moscato Bianco grapes, but not as bubbly.

Due to the cooler climate, Piemonte is also home to lovely whites. Favorite Italian white wines are Arneis and Gavi, which are made from the region’s Cortese grapes. These wines are perfect for a warm day in the sun.

You will want to visit the historical wine cellars of Coppo, which extend under the hill of Canelli for a total of 5,000 square meters. These cellars are a UNESCO World Heritage Site and are best described as an underground cathedral to wine. Originally built in the late 18th century, they were continually expanded until 1900. Today there are many levels to explore, and this is truly a magnificent homage to wine.

Umbria, the region just south and east of Tuscany, is Italy’s only landlocked region. And while it is often overlooked by its famous cousin, Umbria is a gorgeous, largely unspoiled region with lots of great wine and food, and other riches to experience on a tour. 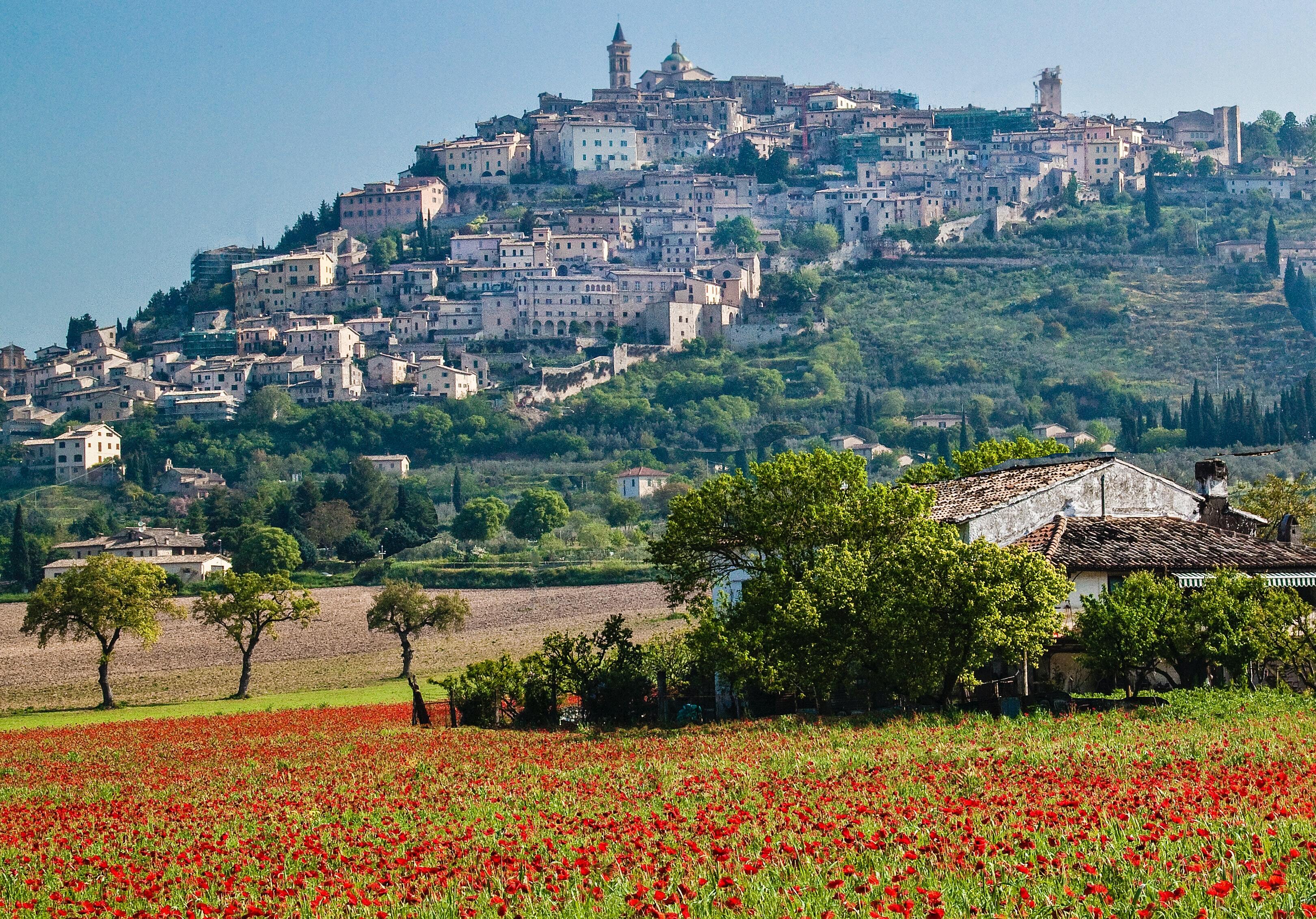 Like Tuscany, Umbria is dotted with historic hill towns, each one rising from the plains with a majestic cathedral surrounded by city walls. One of the most famous is Perugia, where the famed chocolate is made (and actually has a hotel called the Chocolate Hotel, where every room is named for a different type of chocolate and dishes prepared by the hotel restaurant often contain chocolate!). Another quaint town is Assisi, known primarily for St. Francis of Assisi, the patron saint of animals and ecology.

Umbria is the pottery-making center of Italy, and the region is filled with producers. Deruta is the center of regional pottery, and arguably the most famous producer is Grazia. Dating back for hundreds of years, Grazia is still thriving today and a visit to their factory in the center of town is worthwhile to watch the artists paint their beautiful traditional and contemporary designs.

Other hill towns include Gubbio, famous for its Ceri Festival each May 15, where runners dressed as candles representing their favorite saints, race from the town center up the mountain to the Basilica of St. Ubaldo, where his sarcophagus lies in state.

The hill town best known for wine is Orvieto, which produces a light and crisp white made from Grechetto and Trebbiano Toscana grapes. The most prestigious reds from Umbria are Montefalco made from 100% Sagrantino grapes and Torgiano Rosso Riserva, which is primarily a Sangiovese.

Umbria’s regional food tends to feature meat like beef, pork, and wild boar, especially grilled. Truffles are very popular, so they grace many dishes. Umbria makes a dense and chewy strangozzi pasta dish, which is a long thick noodle perfect with sauces made from meat—especially wild boar.

A friend recently said to me, “experiences are the new luxury travel.” At Wine Lovers Travel, we take that to heart. We are continually putting together several small group custom trips to let you experience for yourself the pleasures of Italy. Where are your favorite places to travel for food and wine in Italy?